Time to reflect on my personal experience and achievements during the third week of the Distant Worlds 2 expedition. The fleet is stretched between the second and third way points, with some commander’s arriving within a day and others slowly leaving the Omega Sector Nebula. Pilot exhaustion sets in, resulting in some unexpected exits from supercruise courtesy of proximity to Brown and White Dwarf stars.

There is palpable excitement on the flight deck as the news is broadcast across fleet comms of the opportunity to assist with the Galactic Mapping Project this week, after all this is one of the main reasons we are participating in this expedition. Having not previously been the through this region of the Inner Orion Spur, the crew puts this week’s route to a vote and decides to chart a course which takes in the Points of Interest that lie within a reasonable distance of the main route, while at the same time making significant changes to the jump plotting algorithm for the first half of the journey.

Using the ship’s maximum jump range we plot the first leg of this week’s route at an average level of 150LY beneath the shortest route between each point of interest, choosing only to join the same plane as the expedition when directly below the given system of note. This pattern would be repeated until arrival at the Eagle Nebula, at which point the economical jump plotting algorithm was implemented and the course would track roughly 250LY beneath the direct path of the expedition.

The expanse between the Eagle Nebula and Waypoint 3 proves to be a significant stretch of the galaxy to cross using short range jumps. This endurance test is made all the more difficult by the absence any notable systems along the majority of the route, until day seven of week three where the crew stumble upon a massive ringed water world. By the end of the allocated time the ship is still some 1,100 LYs out from the third waypoint, which may in turn be compounded by the crew’s desire to investigate the abandoned settlements that are rumored to exist in the Conflux region.

On January 27th 3305 we depart Omega Sector VE-Q b5-15 and make best possible speed for Eagle Sector IR-W d1-117 which lies at the edge of the 2,500Ly radius around Pru Aescs NC-M D7-192 or waypoint 3. The first day of travel is a rapid succession of long range jumps and stopping by many of the documented points of interest along the route. Reaching system Pyramoe PM-X b33-6 we head in supercruise to planet A2A and decend to the surface exiting the glide at sub-light speeds. It’s possible to see from high orbit that the rumors about this planet are true with vast tall mountain ranges towering above the planets surface like extended fingers determined to touch the nearby sources of light. The Anaconda twists and turns between the 20km plus peaks while my first officer’s inner geologist questions what monumental force could create such a towering range of cliffs and peaks. Putting the controls in station keeping we wander around the spacious flight deck taking the opportunity to appreciate these spires from every angle that the generous curving windows of the flight deck offer. Dizzy with the scale of the sight before us the computer wrenches our concentration back to the present by emitting a piercing chirp as a reminder of the other opportunities that await along the route.

It’s not long before we arrive at system CD-23 14350 and admire the galaxy while it’s engulfed in the blue white light of the main star. Everything here radiates that particular band of the light spectrum and the white markings on the hull of the ship are iridescent and crisp from being bathed in such a glow. With a single long range jump the tendrils of hyperspace depart to reveal the NGC 6629 Sector SU-O b6-3 system and the amazing yellow Lagrange cloud and the metallic spheres that dwell within it. The shear vibrancy of the cloud is an equally bright but also stark contrast to swimming blue of the previous system. Pouring over the scanner displays it takes a considerable amount of time before I notice fellow Hutton Trucker Cmdr Keldwan has pulled up nearby to appreciate the spectacle before us. With a hearty “For the Mug” and obligatory ‘o7’ we depart on our respective course to the next point of note on the expedition route.

After the impromptu meetup we head over to our last stop for the day at the Eagle Sector IR-W d1-117 system and the Eagle’s Landing Planetary port, where we are warmly welcomed with the assignment of the ’07’ pad. After a wonderful nights rest outside the confines of the ship, the navigation is reset to economical jumps and a number of partial waypoints are set which will eventually lead to arrival at the Rohini system and the Eudaemon Anchorage outpost. This was a tough period of the trip and surprisingly so considering we are yet to pass beyond the boundary of the Inner Orion Spur. There was nothing notable to report and the were occasional interruptions in the control transmissions from the Pilots Federation. The mediocrity of the systems inevitably led to loss of pilot concentration and the ship experienced what would be the first of two incidents of star crashing damage so far this expedition courtesy of a brown dwarf and then subsequently a white dwarf. Apparently the more exotic classes of star are the subject of my helm fumbling on this trip.

The mood aboard ship is lifted and the pilot’s attention sharpened as we near Flyiedgiae QN-T d3-17 and the rumoured Quantum World, as a series of different systems are encountered which are notable for various reasons. System Nyeajaae AB-V d3-84 proves to the largest system (in terms of astronomical bodies) that has been encountered by this crew on the Distant Worlds 2 expedition so far, consisting of 60 stars and planets on the scanner. Soon after the Nyeajaae WA-E d12-17 system starts a run of previously undiscovered water worlds and the angle of approach affords us the opportunity to appreciate star rise over planet A5.

The highlight of the week, though, is undeniably the discovery of a large pristine ringed water world of a significant 26 times mass of the planet Earth and notable 2.64 gravity, in the Nyeajaae BO-E c26-2 system. It boasts an argon rich atmosphere and unsurprisingly water geysers. While performing detailed mapping of the planet the ship passes through the ring system just as the primary star was cresting the planet’s horizon. I call an ‘all stop’ and just appreciate the view for a few hours as a stark contrast to the mundane nature of the majority of other systems visited this week. The ship makes automatic and occasional positional corrections when an ice based asteroid strays too far into sensor range. Given the crew is made up of members who usually trade goods when not out exploring the universe, they are perturbed for a short while at the thought of missing the fleet arrival window at waypoint 3 but such feelings are swiftly assuaged by the raw natural beauty of the star caressed ice rings and the giant water world which lies beyond the protective barrier of the cockpit canopy. We are all reminded of why we embarked on this expedition in the first place and assign the fleet schedule to its appropriate relative priority among the wonders of the galaxy.

The images from this week can be found at https://imgur.com/a/J5gxneN

By the end of the third week of the expedition, the crew of the Inquisitive Surveyor had reached Flyiedgiae QN-T d3-17, planet AB 1 A. The last 1,100 LYs to the Conflux Delta Site would be made at the start of week 4.

Distant Worlds 2, Week 5: Still spellbound from last week’s Collection of Wonders, the crew decides to take a detour to Colonia for a long overdue return visit

Distant Worlds 2, Week 4: The crew aboard the ‘Inquisitive Surveyor’ wrangle with their commitments to the Galactic Mapping Project as time becomes a precious commodity

Distant Worlds 2, Week 3: The fleet is stretched between the second and third waypoints. Pilot exhaustion sets in with some star proximity induced exits from supercruise 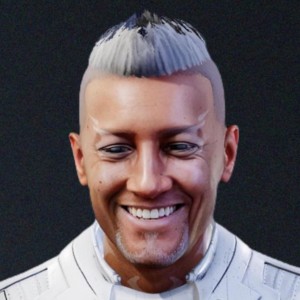 Bow Lof Petunias is a player character in the galaxy of Elite Dangerous, specializing in long range exploration, cartography & prospecting. When he's not aboard his Fleet Carrier, the "DSSA Chrysaetos Refuge", this commander is a confirmed screenshot junkie, a random scribe and an occasional video creator.

Any cookies that may not be particularly necessary for the website to function and is used specifically to collect user personal data via analytics, ads, other embedded contents are termed as non-necessary cookies. It is mandatory to procure user consent prior to running these cookies on your website.